"…Follow me, and I will make you fishers of men."
Email Us
Call Us
Online Services
Watch Here...

Daniel Merrill, the son of Thomas and Sarah Merrill, was born March 18, 1765 in Rowley Massachusetts. He was converted at the age of thirteen and early received impressions that he should become a minister of the Gospel. In January of 1781, Merrill became a soldier in the War for American Independence and served until the close of the conflict in 1783. He subsequently gave his attention to preparing for the noble cause to which he would devote the remainder of his life. He spent over six years studying for the ministry and graduate from Dartmouth College in 1789.

In 1791, Merrill received a license to preach and his first attempt at delivering a message was in the town of Sedgwick. The sermon had a profound effect upon the people. Not only did an immediate revival commence but it endeared the hearts of the people to the young preacher. Merrill travelled as an itinerant for the next eighteen months until finally being ordained as pastor of the Congregational church in Sedgwick in 1790. He was the first settled minister in the town. The first meetinghouse for the church and a house for the Merrill family were erected soon afterwards.

The character of Merrill is delineated in Sprague’s Annals of the American Pulpit: “Though he had great firmness and courage, he was remarkable for self control, seldom, if ever, discovering the least irritation or haste of temper. He possessed a naturally vigorous intellect, which had been disciplined and improved by a thorough education. As a Christian, he was devout, consistent and perserveringly active. He had a great uniformity of character – at home and abroad, in the family, the social circle, the church, and the world, he always evinced the same high regard to the principles and precepts of the Gospel. His reverence for the Bible knew no bounds – it was emphatically the man of his counsel and the guide of his life.”

Early in his ministry, Merrill used his home as a school to teach the scriptures to young men who desired to train for the ministry. Several of his students embraced the principles of the Baptists and this led Merrill to examine his own beliefs. In 1804, Merrill preached seven sermons on the subject of the Baptists and Baptism detailing his change of sentiment. His was not an easy decision. The church in Sedgwick was then the largest church of any kind within the bounds of Maine and division was a real possibility. A town meeting was called, January 28, 1805, to determine if Merrill could continue as pastor on the Baptist platform. The overwhelming majority decided in his favor with those who disagreed abstaining. The occasion caused Merrill to remark that the citizens of Sedgwick were – “The most Heavenly and devoted company of practical saints I have seldom, if ever, seen.”

One month later, February 28, 1805, the church voted unanimously to become a Baptist church. They requested the services of their brethren to assist them in the endeavor. Accordingly, in compliance with their request, a delegation of Baptist pastors assembled at Sedgwick. On May 13, 1805, in the waters of the Benjamin River, Merrill, his wife and sixty-four of their number were baptized by Thomas Baldwin of Boston and Elisha Williams of Beverly, Massachusetts. The next day, nineteen more were baptized and the First Baptist Church of Sedgwick was officially constituted.

The church continued to grow and remained among the largest churches in Maine for many years. The labors of Merrill also increased. In addition to pastoring, he travelled extensively as an evangelist and continued to teach students in his home. Merrill served in the Massachusetts state legislature of 1812 and 1813.

In 1810, at a meeting of the Bowdoinham Association, Merrill, along with Caleb Blood, Sylvanus Boardman, Benjamin Titcomb and John Tripp, was appointed to petition the General Court for incorporation of a literary institution within the district of Maine. It was Merrill, who, on January 20, 1812, introduced the bill to the Massachusetts legislature on behalf of the Baptists. There was much opposition, yet on February 19, 1813, both houses voted to allow the petitioners to bring in a bill allowing Daniel Merrill and others to be incorporators of “a literary seminary in the District of Maine with the usual powers and privileges, and for a grant of land to enable them to carry into effect the object of their petition.” Thus was the Maine Literary and Theological Institution birthed. The school was located in Waterville and was appropriately renamed Waterville College. It is known today as Colby College.

Merrill’s own ministry, one of the first in Maine to train men for the pastorate, helped create the need for a larger school. He labored in the legislature for the college to be formed and he served the new institution as a trustee for many years. Ernest Marriner is his history of Colby College wrote: “If any of man deserves to be called the Father of Colby College, that man is Daniel Merrill of Sedgwick.”

Merrill’s first wife, Joanna Colby, died shortly after their marriage. He then married Susanna Gale, October 14, 1794. They were blessed with thirteen children. Two of his sons followed him in the ministry. Thomas Merrill was one of the pioneer Baptist preachers in Michigan and was the founder of Kalamazoo College. Moses Merrill, a fellow laborer with the famed Isaac McCoy, was one of the pioneer Baptists in Nebraska and the first missionary to serve in that territory. Daniel Merrill died June 3, 1833 and is buried in the Sedgwick rural cemetery. He is listed in the Patriot Index of the Daughters of the American Revolution.

This brief history of Daniel Merrill is inscribed on a memorial on the church property.  The marker was erected on May 10, 2012 by the Baptist History Preservation Society.

“The following narration of some portions of the Rev. Daniel Merrill’s history, written by himself, was forwarded to the Agent of the Baptist General Tract Society, for publication, a few weeks previous to his decease, which took place in June, 1833. A letter accompanying the manuscript was written by his daughter, at his dictation; disease having rendered him unable to perform the labor.” 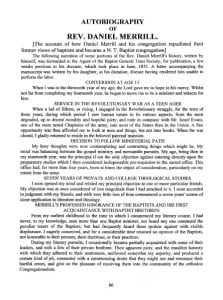 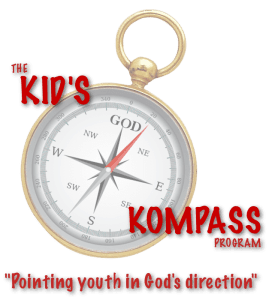 Copyright © 2021 by Eggemoggin Baptist Church. All rights reserved | Designed & developed by Downeast IT

NO LIVE STREAM: We will not be live streaming the service tonight as we observe the Lord’s Table. God Bless!